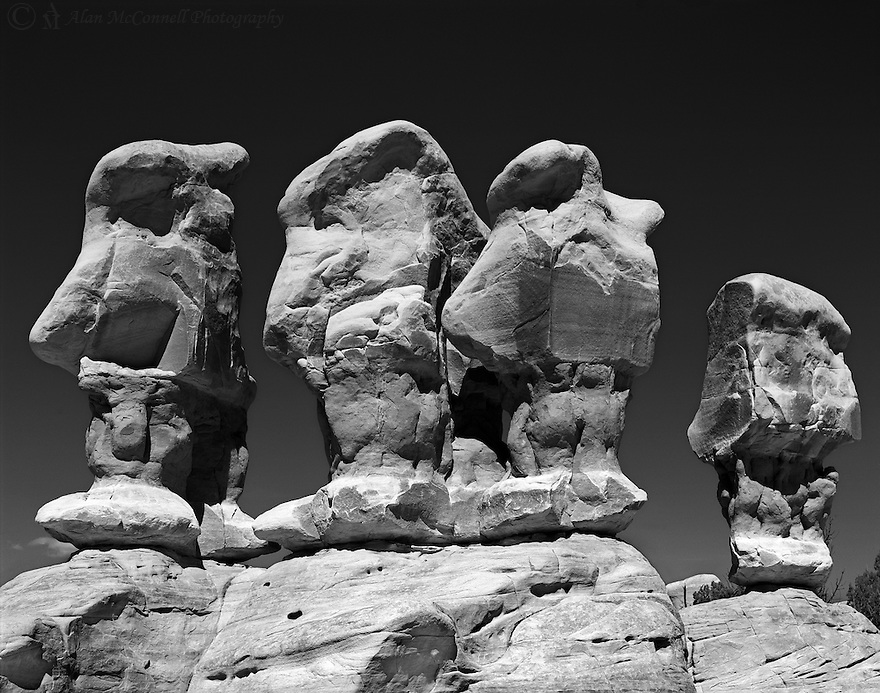 The Grand Staircase-Escalante National Monument consists of many wonderful geologic features, such as plateaus, mesas, buttes, canyons, and pinnacles. One such area is called the Devils Garden. It can be found by driving 12 miles down the unpaved Hole-in-the-Rock Road. The Devils Garden has no marked trails, but it is an easy place to explore many interesting sandstone formations including arches and hoodoos. One group of four hoodoos is referred to as The Four Wise Men.