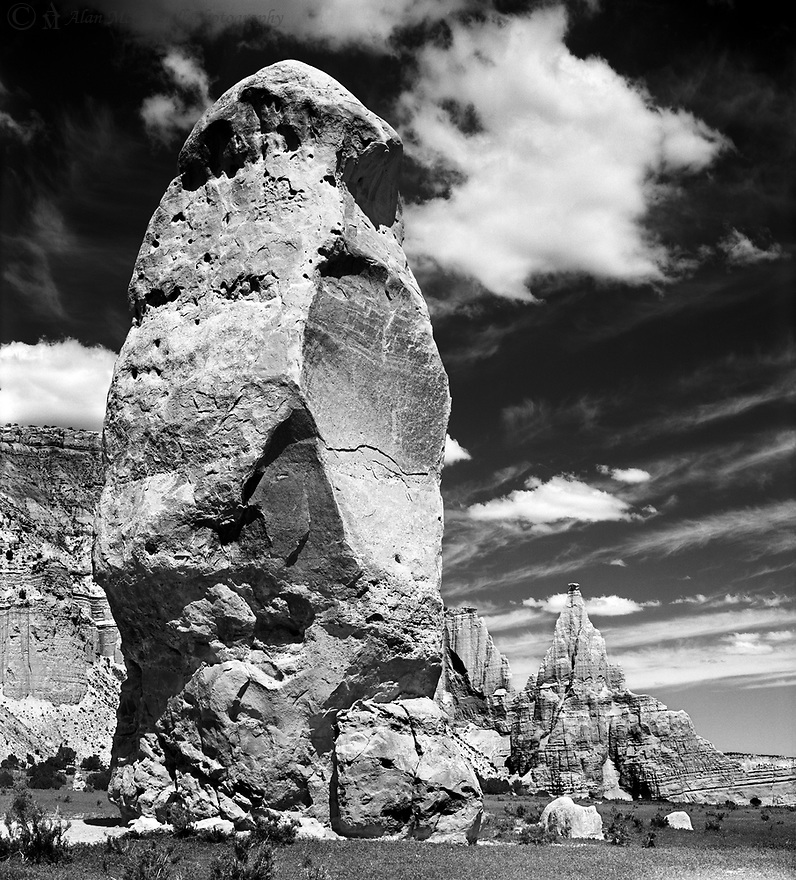 Kodachrome has nearly 70 of these monolithic spires called sedimentary pipes. Standing at around 170 feet, Chimney Rock is the largest spire in the state park.
Kodachrome Basin was given it's name in 1948 by visitors from the National Geographic Society who were inspired by the colors of the surrounding landscape and naming it after the famous color film.
Wanting to highlight the lines and textures of the tower against horizontal lines of the background rock and the dark blue sky, I decided to use B&W film for creating this image.
Alan McConnell Photography
The Enchanting Southwest
Chimney Rock, Kodachrome Basin State Park, sedimentary pipes, Utah, black and white photo, large format photography