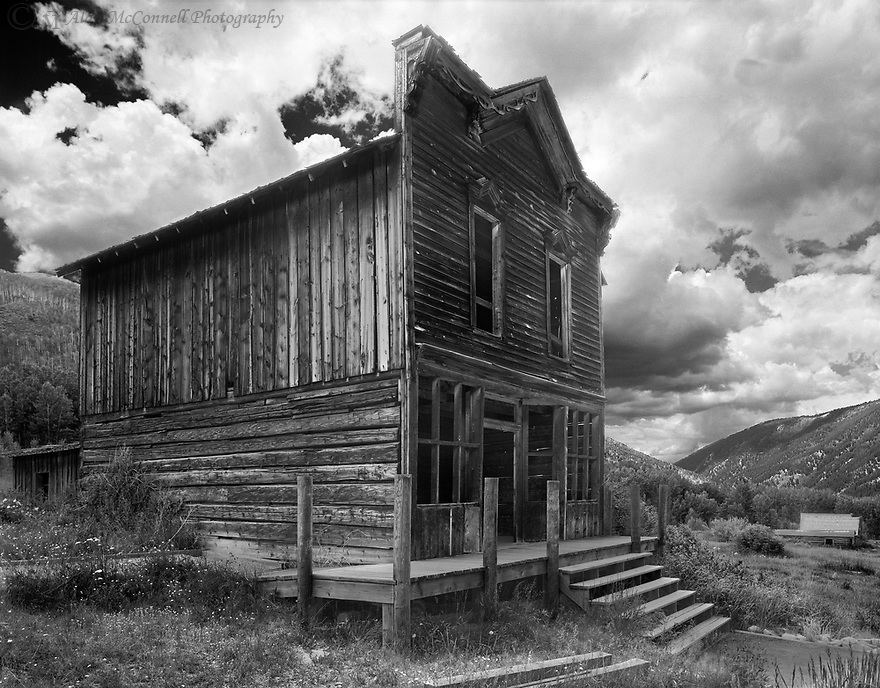 Erected in the early 1880's, the original building was a hotel, Chinese restaurant, and brothel. The gingerbread trim on the upper level is original indicating that the hotel facade was more elaborate. Ornamental trim, matching the gingerbread design, was once evident at the midsection of the building. This is one of the false fronted buildings in Ashcroft. The shack at the back of the hotel was the domain of the Chinese chef, who according to legend, had a dispute with the brothel's Madame and fled to the hills.