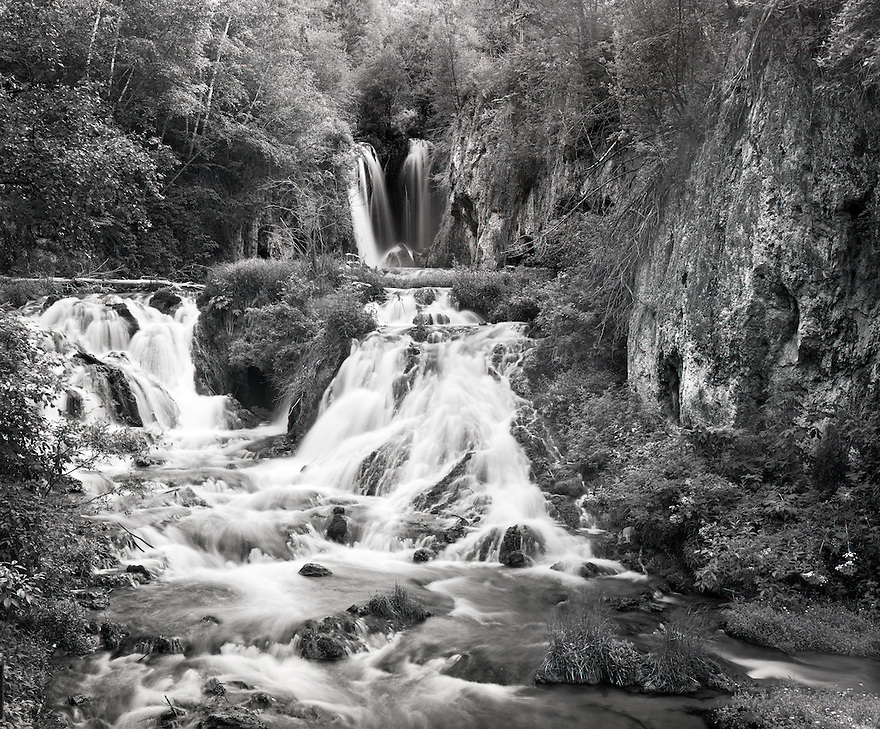 Roughlock Falls Nature Area has some of the Black Hills’ most spectacular scenery. Spring-fed waters from Little Spearfish Creek creates the falls as it cascades into the narrow Spearfish Canyon. The 100-foot limestone walls enclose the ancient canyon. The name originated from difficulties the early settlers encountered while traveling through the canyon. Often the wagon drivers would "roughlock" the wheels of their wagons with logs or chains to prevent them from sliding. This area in South Dakota was filmed during the final scene of “Dances With Wolves.”