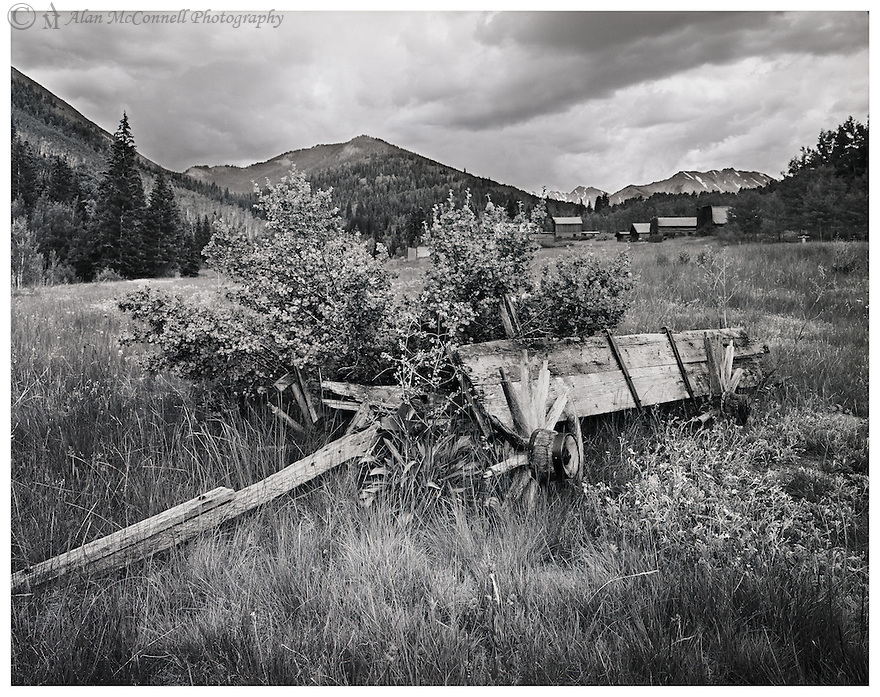 
With nature encroaching upon it, a primitive wagon rests outside the Ashcroft Ghost Town in the upper Castle Creek valley. Prospectors arrived in 1880, and three years later Ashcroft had a population of about 2000. By 1885, the mines' shallow deposits had been exhausted and only 100 people resided in Ashcroft during the summer. Today, an interpreted walk along an old road provides access to the town's three original buildings and ten restored buildings.