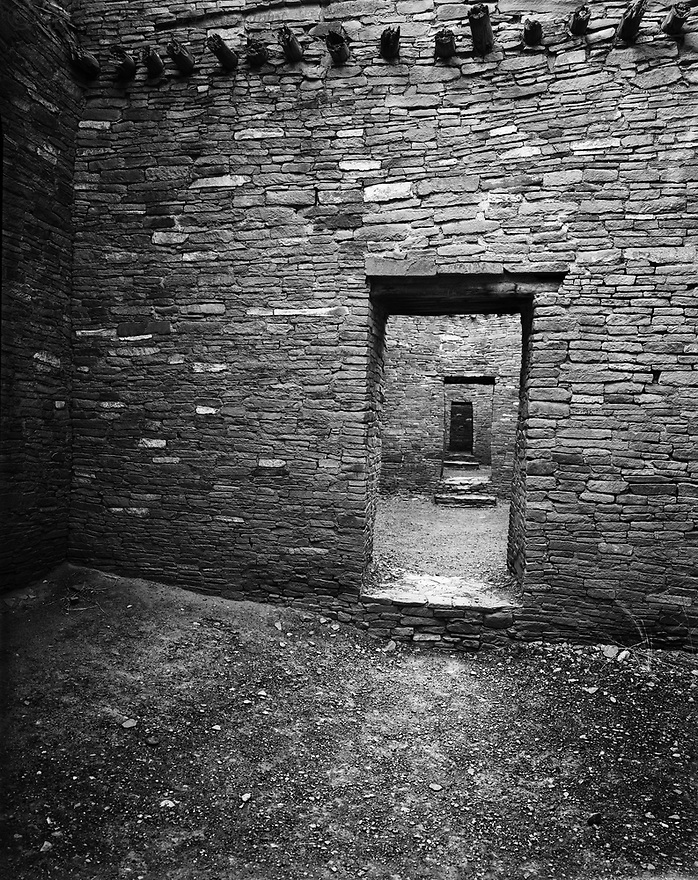 If one travels two hours outside of Albuquerque, New Mexico, with the last 13 miles being unpaved, one would arrive at the Chaco Canyon and the Chacoan ruins. Unlike the many cliff dwellings found throughout the four corners region, these intricate structures are free standing. The largest of the great houses is Pueblo Bonito, thought to be built around 800 A.D. It consisted of four stories, over 600 rooms, and 40 kivas or ceremonial places of refuge. These intriguing doors, along with the rest of the vast complex were once the center of the ancestral Puebloan culture. Later, for mysterious reasons, the population shifted to other places in the Four Corners region, such as Mesa Verde and Aztec.