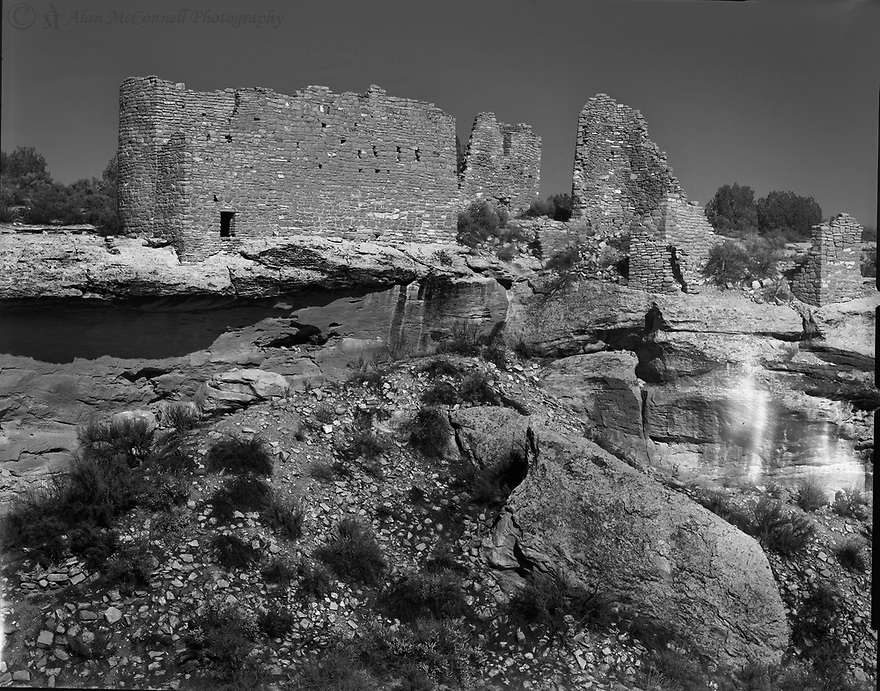 "Hovenweep Castle"
Hovenweep, Utah
2010
Hovenweep National Monument was established in 1923. This national monument was designated because of the unusual architecture and state of preservation of the ancestral Puebloan structures. Usually, most ruins are found protected under a cliff face of some canyon, such as those found at Mesa Verde. Several well-preserved towers can be found along Little Ruin Canyon. Hovenweep Castle was probably built around 1200 a.d. Sitting at the precipice of the canyon, this grand structure overlooks the two-story Square Tower, which sits at the bottom of the canyon.