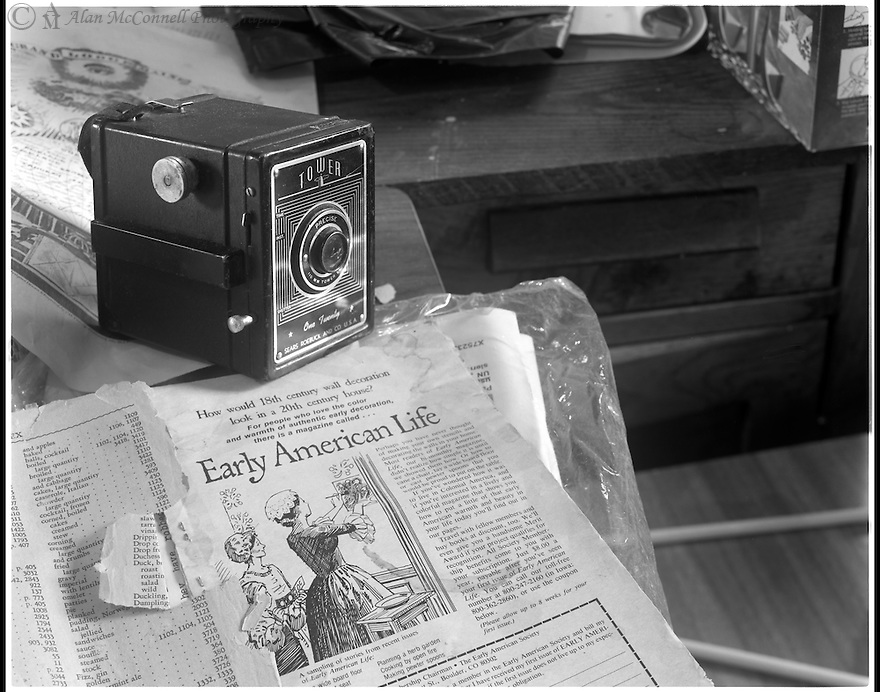 While taking a class at the Maine Media Workshop, we had an opportunity to explore an old house that belonged to an elderly gentleman that had since passed away. The collection found in his house and workshop can best be described as very eclectic. I discovered this old camera sitting in this living room. I wonder what became of the old images he captured. What were his favorite subjects? I think he would have been an interesting individual to get to know.